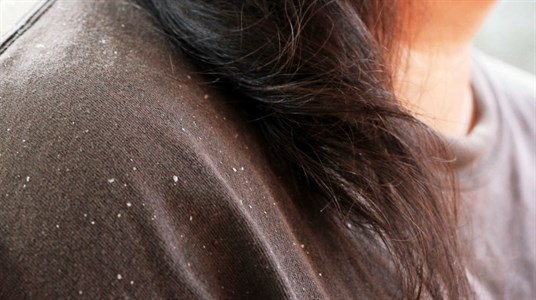 Scalp Eczema  is a type of eczema that causes inflamed, itchy, dry skin to form on the scalp. The most common type of eczema is known as Seborrheic Dermatitis, and its most unwelcome symptom is dandruff.

Details | Delete
If you have a dry , flaking scalp , you may suspect dandruff. But  it could be a sign of dry scalp. Dandruff and dry scalp  have the same main symptoms, which are falling flakes and an itchy scalp.  But they are two different conditions. In dry scalp , the skin gets irritated and flakes off.
Details | Delete
Seborrheic dermatitis is a common skin condition that mainly affects your scalp. It causes scaly patches, red skin and stubborn dandruff. Seborrheic dermatitis can also affect oily areas of the body ,such as the face, side of the nose, eyebrows, ears, eyelids and chest.
Details | Delete
When you have dandruff, skin cells on your scalp shed more quickly than usual. The main cause of dandruff is seborrheic dermatitis, a condition that turns the skin oily, red and scaly. often, a fungus call malassezia triggers dandruff. The fungus normally live on the scalp.
Details | Delete

Psoriasis is a  condition in which skin cells build up and form scales  and itchy, dry patches.

Psoriasis is thought to be an immune system problem. Triggers include infections, stress, and cold. 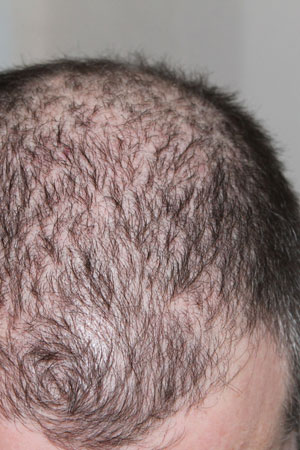 This type of alopecia experience is sudden or sometimes unrecognized falling out hair in patches or spots. Patches can vary in size from 1/8 inch to 4 inches in diameter. The  affected area are usually lighter in color due to the poor blood supply to the area.

Diffused hair loss usually occurs without any inflammation or scarring . This type of hair loss is characterized by a decrease in the hair all over the scalp.

It is common type of hair loss that affects both men and women.  It is also known as male pattern baldness for men , described as the loss or thinning on the head's   crown or hairline shrinking from the temples. A U-shape hair pattern around the back and sides of the head normally stays or hair may keep on falling out, leading to complete baldness as time passes.

The term "cicatricial alopecia"  refers to a diverse group of  rare disorders  that destroy the hair follicles, replace it with scar tissue, and cause permanent hair loss. The clinical course is highly variable and unpredictable. Hair loss may be slowly progressive over many years, without symptom, and unnoticed for long periods. Or the hair loss may be rapidly destructive within months and associated with severe itching , pain and burning. The inflammation that destroys the follicle is below the skin surface and there is usually no "scar" seen on the scalp.  Affected areas of the scalp may show little signs of inflammation, or have redness,  scaling,  increased  or decreased  pigmentation,  pustules, or draining sinuses.

Cicatricial Alopecia occurs in otherwise healthy men and women of all ages, is not contagious, not hereditary and is seen worldwide.

Traction Alopecia is a form of alopecia, or gradual hair loss, caused primarily by pulling force being applied

the hair. This commonly results from the sufferer frequently wearing their hair in a particularly tight ponytail, pigtails, or braids.

Trichotillomania also called hair pulling disorder, is a disorder that involves recurrent, irresistible urges to pull out hair from your scalp, eyebrows, or other areas of your body, despite trying to stop.